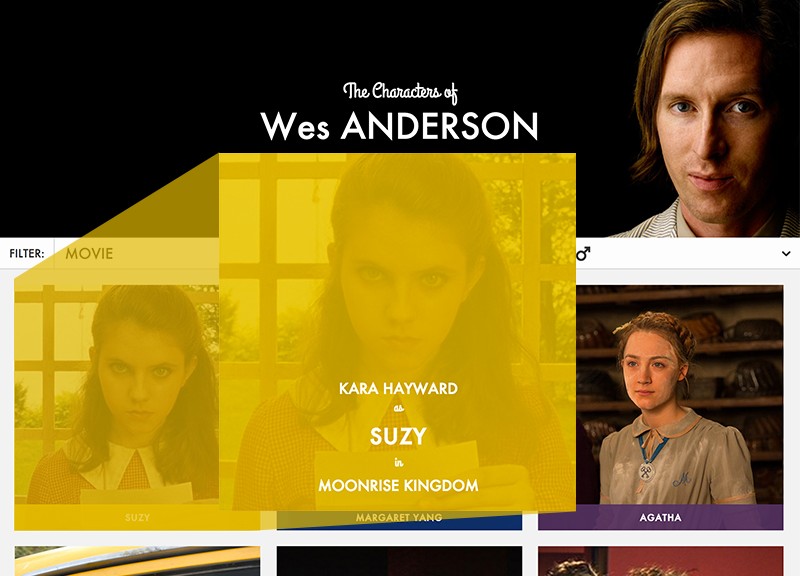 I love Halloween. I always wait until the last minute and end up throwing something silly together with whatever is laying around the house. But this year was going to be different.

I also love Wes Anderson movies like any 30-something hipster and have Rushmore on VHS. Children look it up, they existed before digital downloads and DVDs… ancient technology… we owned VHS rewinders shaped like deloreans or what ever this is. It. Was. Aweful.

So this year, the quest started early and the googling began to find a site that listed all of the characters so I could try to find one my manfriend could get tricked into wearing that also had a female sidekick that I would be able to pull off. Apparently, Mr. Anderson is sparse on the web presence.

Enter: Operation Get The Data. A google spreadsheet took form that detailed the characters and movies and photos of each downloaded themselves to my harddrive. Anyone who knows me understands my ridiculous need to organize crap that does not need to be organized and the incessant google doc creation that is the result of said neurosis. Coincidentally, a orchestrated lapse in clients had me creating CodePens to get random ideas out on paper.

And I started playing one afternoon thinking it would be a quick mock-up to add to my CodePen collection and I’d go on to do the real work. Two weeks later and hours lost to tinkering, I had a site! I used a few new tools and played with some development techniques and the result surprised me.

I used GitHub Pages for the hosting, the Mix It Up plugin for filtering the cards, and CodePen Pro to mock up most of the design and was super happy with the ease of use of all of them.

Let me know what you think!
www.wesandersoncharacters.com

Crafted in Arizona by Kristen Zirkler